To upgrade your LED Strip using a Z-Stick or any other general Z-Wave USB Adapter: 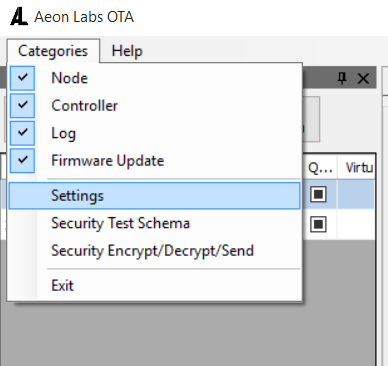 7.  A new window will pop up. Click the DETECT button if the USB port is not automatically listed. 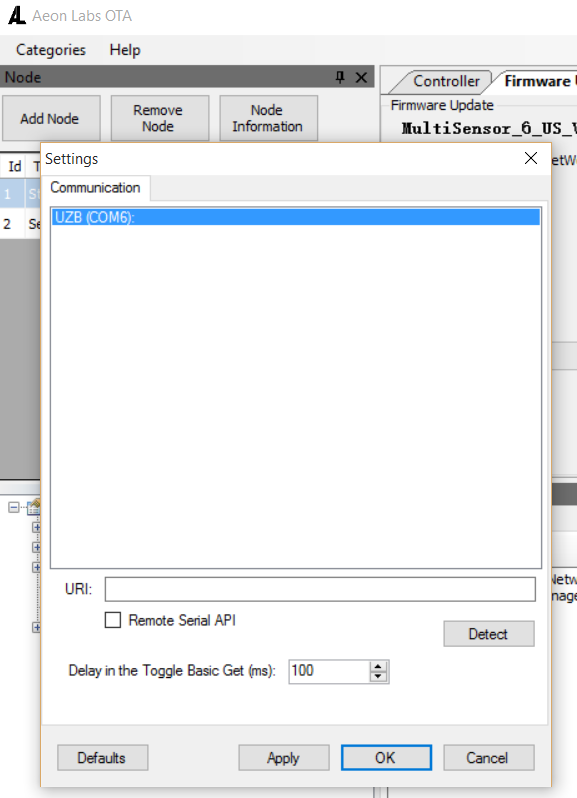 8.  Select the ControllerStatic COM port or UZB, and then click OK.

10. Highlight the LED Strip (shows as "Switch Multilevel" or select it based off the Node ID).

11. Select FIRMWARE UPDATE and then click UPDATE. The over-the-air firmware upgrade of your LED Strip will begin. 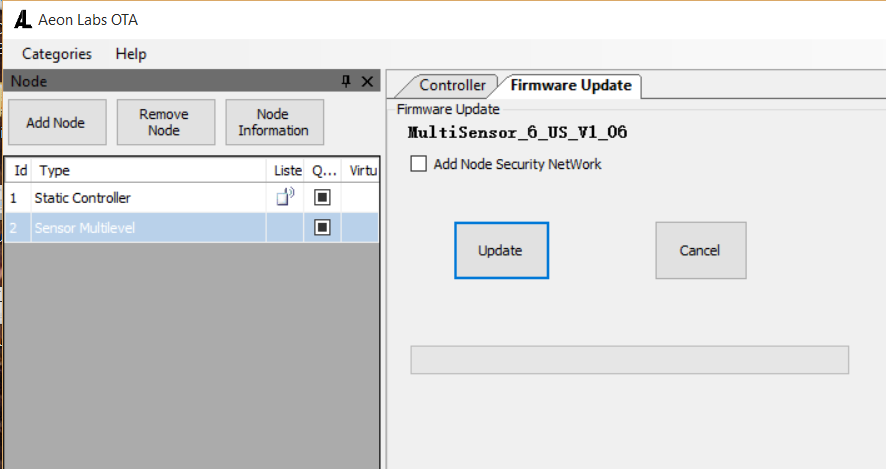 12. After about 5 to 10 minutes, the firmware upgrade will be completed. A window will pop up with the status “Successfully” to confirm successful completion. 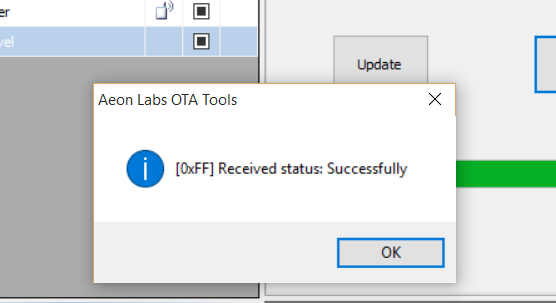